Virtual Exchanges: Why Focus on STEM? 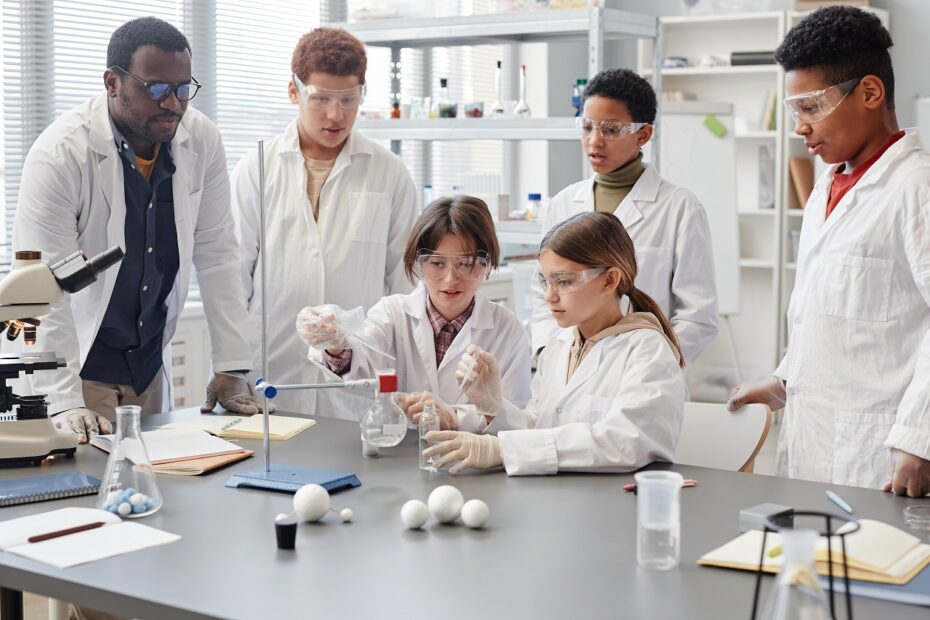 If you’re an educator, you know how buzzwords in pedagogy can come and go. Terms like total immersion, global citizenship, resilience, equity and inclusion, and empathy have adorned the halls of modern schooling’s pantheon for quite some time. But, in recent years, none has dominated the conversation of teaching and learning so much as the institutional darling, STEM. Sometimes known by its more well-rounded, chameleonic moniker, STEAM, this acronym stands for Science, Technology, Engineering, Arts, and Mathematics, and has infiltrated just about every school, academic department, and instructional institution of the past decade. Its universal popularity, undergirded by the forecast that nearly all jobs in the next fifty years will require knowledge in research or experimentation utilizing one or more of the aforementioned disciplines, has also made its presence so ubiquitous and thus, in certain contexts, obfuscated its significance in education today.

While many educators have utilized virtual exchanges to help engage their students in language or cultural immersion, a growing number of classrooms have also found that an exchange based on STEM principles can serve as a vehicle to mastering several skills at once. Cultural competency in a science class, for example, could easily come in the form of a conversation about electric cars between a school in a first world country and one with far fewer resources in a third world country. The intersection of politics and technology can become a focal point when students across the world explore applicable local solutions for climate change and the need for renewable energy sources while discussing the responsibilities of local media with regards to sustainability. The possibilities of creating real “ah-ha” moments with your students grow immensely once the conversation turns global! Therefore, let’s consider some of the great ways in which a STEM-based virtual exchange might bring about several unexpected educational benefits.

Unfortunately, it is well known that women in the U.S. and abroad remain criminally underrepresented in STEM-based careers—so much so that the United States Department of Commerce released in a 2017 study that women, though making up almost half of the American workforce, held less than a quarter of those jobs. This disparity in gender worsens as one looks into more conservative countries, where the battle rages even more intensely for equal rights. Obviously, for educational institutes to rectify these inequities, teachers need to normalize conversations about STEM and its place in education and break from gender norms often…and early. And if they can do so across the boundaries of geopolitical barriers, all the better to break down the stereotypes and assumptions generated by previous generations!

Any teacher can create the possibility for enrichment programs where learning encourages gender equity and the breaking down of gendered stereotypes. Imagine teaching the science class where an experiment conducted across two continents and then discussed via video exchange inspires future female leaders and scientists. Or a math project in which schools in several countries participate, initiating young women on the path to becoming the engineering students of the next decade? These are world-changing goals that lie entirely within our reach through the magic of virtual exchanges.

In our new digital age, where capitalistic production and the daily news cycle now race one another into a frenetic spiral too fast for any human to comprehend, it’s hard to think that education can really affect meaningful change in market trends, supply chain, and the global economy. However, perhaps it has all the potential in the world to do so! There are common layman understandings of how the global economy functions that we take for granted on the regular; assumptions like, India handles most of our technological and IT needs, business dominates places like Hong Kong, and most product manufacturing takes place in China. These broadstroke generalizations may trend toward the logical at times, but it does nothing to help us educators, or our students, really understand the holistic identity of any of these countries, their job markets, and how they view themselves in the global economy.

Imagine, for a moment, an open dialogue between young people where not only do they discuss the global economy, product manufacturing, supply chain, and technology, but indeed also place themselves and their generation somewhere in the center of that conversation. Sounds like a teacher’s dream come true, doesn’t it? This is what institutions stand to gain when they partner with one another across the globe and allow their young people to engage in serious learning and thoughtful inquiry together. Students can seriously consider questions of national identity and approaches to the challenges that await future generations while studying the fundamentals of innovation.

In 2019, the company World Learning launched a project called the NextGen Coders Network (TGCN) with the aim of achieving this exact goal, of utilizing STEM learning in order to overcome cultural preconceptions. Through hosting “hackathons,” TGCN became the virtual meeting ground for college students from Iraq, the United States, and Palestinian territories. Odd political bedfellows, but by giving young people a challenge in its “Solutions Summit,” the TGCN purposely created a space for collaboration, the overcoming of long-standing prejudices, and ultimately healing and team building from young people whose countries have had less than stellar relations for the past decade or more. A lofty and ambitious program, but one that can easily be replicated on a high school campus through a short, asynchronous video exchange with a partner school and willing participants.

There’s a lot to be said about the continuing popularity, or in some cases recent resurgence, of STEM; as topics of study through telecollaboration, these fields can do a lot more for education than ever before. In the case of gender equality and equity worldwide, giving young students a platform upon which to stand and thereby normalize conversations surrounding these topics and encourage further investigation can truly change the game for entire countries worldwide. In addition, there’s much to be said about the power to change our perspectives, rectify historical wrongs, and undo years of prejudice and stereotyping by allowing young people the opportunity to use what they learn in their STEM classrooms and apply these concepts to the great needs of the future.

STEM education has always been seen as something quantitative, cut and dry, and computational. However, when it becomes the vehicle for Global learning, STEM can bring with it a lot of humanity.

LUV Arts & Sciences courses can be easily implemented into your curriculum. The Arts & Science courses, created by subject matter experts for students ages 4-18, allow students to pair up with classrooms in other countries to discuss various course topics, such as engineering, scientific exploration, global issues, ecology, music, and language arts. Students complete hands-on projects, exchange videos with their global peers, discussing their projects and learning about their similarities and differences. By engaging in the same course with children from around the world, students are exposed to new perspectives, cultural diversity, and a variety of educational systems.