Virtual Exchanges and the Lost Art of Letter Writing 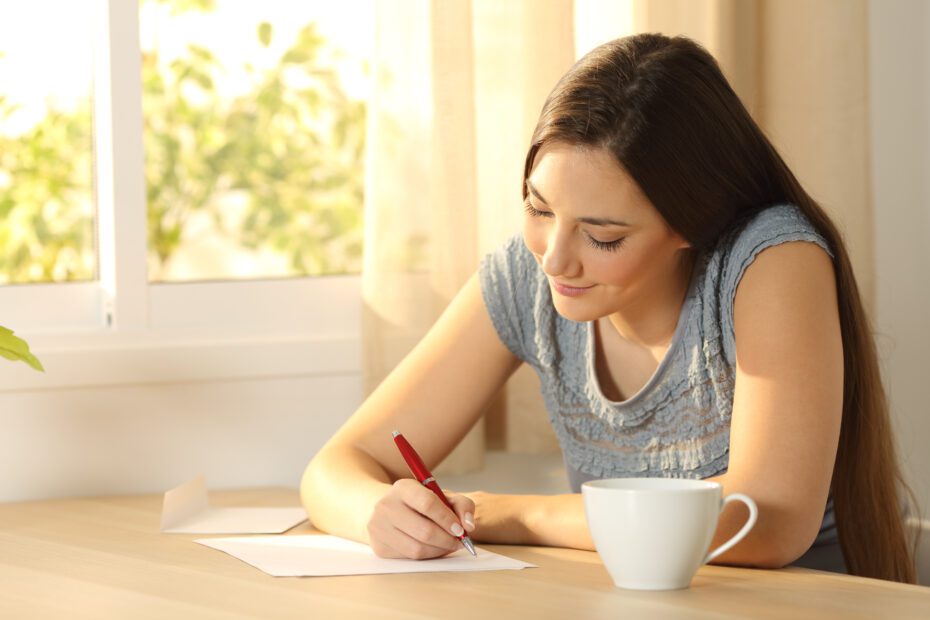 Letter writing: one of the great antiquities every nostalgia-stricken English major mourns. A vestige of a courtly, romantic, Victorian age where people had naught to do but sit in nooks, stare out windows, pen effusive missives to one another, and die of either grief or consumption.  OK, Boomer.

One of the most recent virtual exchanges in which our school participated had a two-part approach: the first was for students to create videos. Standard procedure, easy enough. However, the second assignment forced me to roll my eyes somewhat. For the second assignment, the students will respond individually to the videos they watched with a letter.

Did they mean an email?

Do kids even know how to write a letter?

“To send a letter,” writes Phyllis Grissim-Theroux, “is a good way to go somewhere, without moving anything but your heart.” And with much surprise, I must admit that I couldn’t have been more wrong in my expectation of what my students would do. They wrote honest messages, full of heart, down to earth, and personal.

And it got me thinking, what considerations should we have when we ask our students to write letters instead of create videos? What are the pros and cons of reviving this lost art form? How can I reverse-engineer the experience and find out what happened so that it can happen again?

I did not instruct my students on consideration of tone in their writing, and I learned that this was for the best. Had I told them to “remember that you’re representing our school” or something so stiff as that, I think the product would have ultimately suffered. If they write letters to other students abroad, and the letters take on a formal tone, of course the quality of the writing will please the instructor, but the warmth that my students exhibited might be lost.

Then again, I suspect that assigning them a “letter” to write over an email probably denotes some modicum of formality, and this struck a balance for my students that landed somewhere between honest, genuine, and still polite. The result certainly didn’t resemble a text message, or a DM, or a social media post, or any other shorthand, informal way they might normally communicate. And remarkably, each student found their voice quite naturally somewhere between genuine and professional.

The order of the tasks played another key part to the successful exchange of letters from my students to their peers. The instructions to the exchange had them first make videos, and then respond to their partners’ videos with letters. I think this spelled out the success of how full of feeling and genuine the letters came out. Had my students not made first contact and seen their exchange partners or the schools that their international peers attended, would their letters have come across as intimate?

I think in retrospect, having the students write a letter afterwards proved a fantastic opportunity for them to get to know each other “face to face,” as much as the video exchange could allow, and then write from their hearts. Had the order of tasks come in reverse, I surmise the letters might have come across much clunkier, more stilted, and smacked of an overabundance of formality.

There’s something to be said about appealing to the different personalities and learning styles of your students. Watching them produce videos and then writing to other pupils overseas, I had the vantage point of noting how their personalities came across over both methods of communication. Naturally, the extroverts’ big dispositions immediately came across in the videos, like one might expect. However, the letter writing activity provided an opportunity for some of the more soft-spoken participants to demonstrate their character.

Through the letters, the students showed a different side of themselves. While this served as a more suitable communicative vehicle for the introverts, it certainly did not hamper the extroverts. While I found the quieter students provided very interesting and thoughtful responses, I could also see the warmth and ebullience of the bigger personalities through their writing as well.

Furthermore, while most of the students preferred to make their videos “off script” in the hope of sounding more natural, the act of writing the letter allowed all the students to think more clearly and objectively about their messaging. The videos where our students spoke naturally and off the cuff certainly demonstrated comfort, ease, and authenticity, but the writing for everyone proved the most eloquent above all other interactions.

At first glance, the letter writing task seemed rather antiquated and hokey. In the end, the variety of activities proved an incredible and multifaceted way for the students to show the different sides of their personalities. While I don’t think an activity like this will inspire them to stare longingly at the countryside and ink pages upon pages of mellifluous prose and wait months for a response, perhaps letter writing will help them to slow down a bit and give them a chance to let their hearts speak when they give their voices a break.