Talk about the Weather 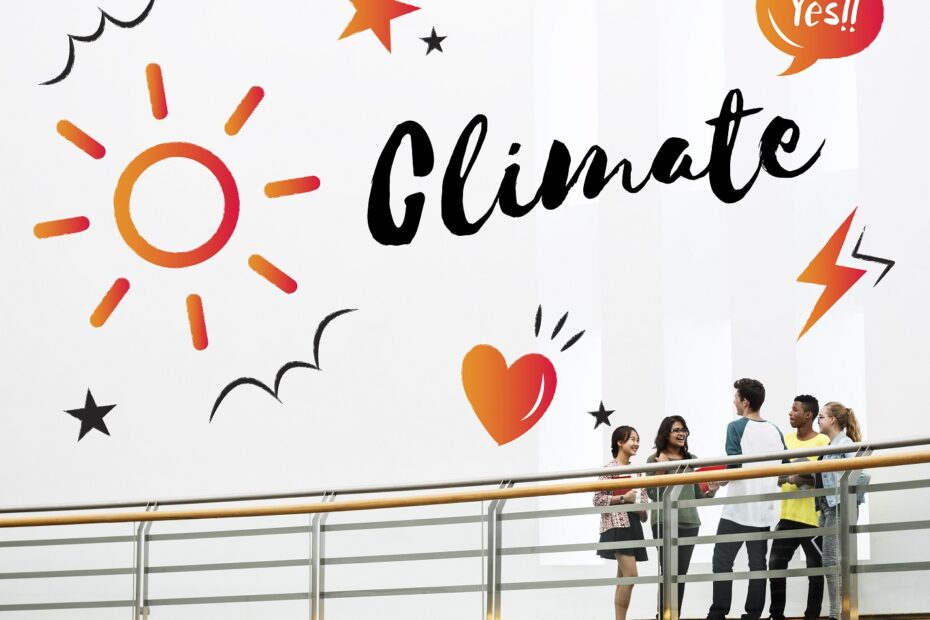 “Talk about the weather?” A student looks at me stunned as if I’ve suggested a ridiculous proposition. He has been staring at his computer screen for half the class now and can’t figure out what he can say to his virtual exchange partner to introduce his weekly video message. Thankfully, there are always prompts in an organized course like this one, but I like to ask my students to start with a little informal small talk. Unlike when running a foreign language virtual exchange, where I’m far less concerned with the topic of conversation and more with students using the target language to communicate, when we’re making asynchronous video posts that discuss various topics under the STEAM umbrella, adding a little bit of levity to the weighty ideas being bandied about seems to me like the right move.

Naturally, getting students to discuss ideas about technology, the environment, civil rights, or scientific advances with peers abroad can sometimes be a challenge; however, I have found that at times it’s still easier than having them open up about themselves. With readings, media, and data coupled with detailed prompts, students can formulate hypotheses and make determinations on big questions and politely debate them with their virtual exchange partners across the world. However, I find that, while these exercises maximize learning and check the buzzword boxes from the pedagogical standpoint, they can sometimes become stale by high-achieving students who favor answering questions correctly and accomplishing tasks over the growth that comes with a friendly exchange and philosophical inquiry. Many students like the procedural assignments, but it can make for transactional exchanges if not guided by instructors who understand global literacy and cultural empathy.

Watching an 8th grade science class at our school talk about the construction of solar panels in a STEM-based virtual exchange of course impressed me and many of my colleagues, but what struck me most of all was the discussion that ensued afterwards. The kids, of course, found the process of creating solar panels remarkably interesting, but what really blew their minds was that the partner school in the exchange, a school in a small rural town in Uganda, had shared with them that they don’t always have power. “We rely on the solar panels so we can have the computers work on Tuesdays and send you our videos,” explained one of the kids from the African school. “They don’t have power every day?” The students from my school were absolutely gob smacked by this unfortunate state of affairs, and by the workaround through the very means they were studying. By discussing solar panels with this school in Uganda, the American 8th graders not only got the how, but they inadvertently learned the why.

Connecting to the Topics

“Talk about the weather,” I had suggested to my student, but I was being as coy as I was helpful, because the overarching topic of the virtual exchange was climate change. Beyond the cheeky double-entendre, I also had hopes that they could personalize the discussion. “September and October are hurricane season months for us in the northeast, remember? Talk to them about that!” I would insist. The students in the Climate Change exchange at first didn’t see the point, but truly, discussing the changes they’ve noted in weather patterns in even their relatively short lives means something, and undergirds the concepts that they’re discussing and gives the ideas some grounding in reality. “Remember there were two years in a row where Halloween was canceled because of huge storms?” I would remind them. And incidents like these, though rather anecdotal to us, resonate with the students and get them talking about a topic so seemingly distant from their everyday lives as climate change.

Of course, not every STEAM-based virtual exchange will have such an easy real-life integration as weather, but this is where you, the savvy and clever instructor, can shine. The students’ job in these exchanges remains to study, engage with, debate, and then synthesize the information, reflection, and conclusions of their learning. However, these expectations alone can consume them, and they might even forget that they’re also meeting kids from another part of the world! As a global citizen, you would do well to remind them of the rich and unique perspective each partner brings to the collaboration, the raison d’etre of the partnership.

The STEAM-based themes of a virtual exchange tend to involve big questions, global problems, and local solutions; but to shed light on some of these aspects of the material, the students must by necessity ask for and give personal anecdotal narratives. That’s the point! It was funny for me to be reminded of this firsthand by a group of student participants from my school who were competing in the Euro Challenge: they were practicing their presentation skills by rehearsing their talk about the Italian Financial Crisis before a (virtual) audience of Italian students. Two levels of conversation ensued.

First, my school’s Euro Challenge team presented as consummate professionals, covering the history of the Italian financial crisis, the key points that led to the downfall of the country’s economy, and what solutions need to be implemented, thus sparking an intelligent conversation. Our students had studied the situation to prepare for the Euro Challenge competition, so they had statistics and data before them to argue points in a polite but sterile manner. Naturally, the Italian students on the other side of the exchange knew enough by the osmosis of living in the country in question their entire lives; therefore, they had no problem parroting the things they had heard all their lives. All of this went very smoothly, and the students sounded very academic, if not a touch staid, until someone brought the whole thing to life.

When a student in Italy asked if our guys all had great jobs, things took a turn for the interesting. The question really stunned our students, many of whom have never worked a real job before, and they began to skirt around the question rather sheepishly. This is the moment I think the real learning started to happen, because in an effort to lob the ball of conversation back to the Italian students, our American kids asked about employment among their international partners. Well, the Italians suddenly had a lot to say about the condition of work in their immediate vicinity, the jobs and opportunities in their community, and what prospects were available to them in the next five or ten years. This unscripted and off-the-cuff chat perfectly reflected the economics presentation that had come before, and suddenly engaged the students not only in the conversation, but in utilizing the materials they had studied in preparation for the event. The tone became more informal, but it felt like a real conversation! The kids talked about jobs, average working age, and what opportunities young people normally enjoyed in their local economies. It was taking the information they had studied and giving it a soul.

After seeing it happen across disciplines, I know that although students can find it easier on a surface level to talk about ideas and exchange data to draw conclusions, with a little serendipity, or guidance from the educator, partners in a virtual exchange can transcend the exchange of ideas and illustrate the dialogue with real life examples. When utilizing modules, project-based learning, or data in STEAM courses, remember too that at the heart of the virtual exchange is the connection to another human being. Humanizing the concepts and reminding your students of these ties they share with one another can enrich your virtual exchange and turn it into one of the most rewarding and unique experiences of your STEAM course.