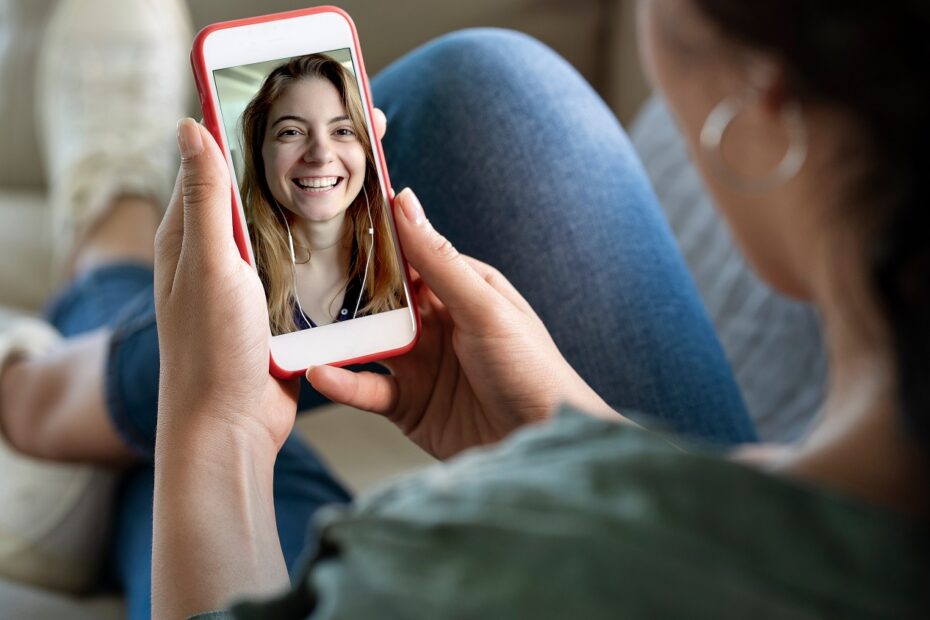 As an educator, do you ever feel that a virtual exchange can seem, at first glance, a bit ham-fisted and contrived? “Here, Student: we paired you up with another kid across the world who is required to chat with you as part of this correspondence your teachers have organized. Now smile and look natural.” It’s reminiscent of the holidays, when parents tell their reluctant kids, “Now, put your nice shoes on and be friendly. And try to look like you’re having fun: she’s your grandmother!” Well… the project I’m going to share with you might actually sound more like this than you’d imagine.

Brian teaches Biology and Environmental Studies, and the last time I worked with him, his department was running the Level Up Village course Discovery: Water; catching up with him after a few years, I was overjoyed to hear that Brian’s taken the skills he’s learned from a virtual exchange and brought them home. He’s running his very own, homemade virtual exchange in real life with his family!

When Brian graduated with his B.A. in Biology from Washington State University, after growing up in rural Montana, he wanted to see more of the world than his studies had allowed him. Moreover, he had learned much about the inequality of natural resources, and this particular cause inspired him to want to work toward the betterment of society. So, he made the bold decision to join the Peace Corps, an organization that benefited from his commitment and kept him busy for four vivid and productive years.

The Peace Corps assigned Brian first to a small town in Kenya, and then on a second tour in Tanzania; despite the firsthand experience with difficulties in agricultural practices, it was Tanzania where Brian put down some real roots. There he met his now-wife and connected to a community that would remain his home away from home for the rest of his professional life. ​​He assisted the people of Dar es Salaam and the Songea region of Tanzania with projects like building and repairing school buildings, supplying medicine, and fixing soccer nets and basketball hoops, as well as learning of their great needs and lack of natural resources, a particular inequality that led him to want to teach sustainable development back in the United States when he finally returned home.

However, it’s not just his mission and ministry that keeps Brian connected to the people of Tanzania: since his Peace Corps days, he now has two children with his wife, and therefore a whole host of family in Dar es Salaam!

“Kids gotta get to know grandma and grandpa,” he explains. “And while their Swahili is all right… who’s going to teach them Makonde?”

Keeping it in the Family

Brian’s two children have grown up in the United States, and while they’ve visited Tanzania several times, the cultural connection has not proven consistent nor strong enough to give them enough practice and repetition for adequate levels of fluency. So, naturally, one must wonder how they communicate with their relatives‑—overcoming not only language barriers, but the obstacles of time zones, and technology gaps.

“We’ve figured out some great work-arounds,” Brian proudly expounds on his system, “largely developed from what I do in class with my students when we connect them to their peers abroad.”

The way Brian’s kids link up with their relatives closely resembles how teachers might run an effective virtual exchange program, with some added wrinkles that might raise some educators’ eyebrows. First, Brian has the kids prepare questions for grandma, not unlike what he might do for his students. Weather, food, festivals, and questions about other relatives they might know in the village make up the heart of the correspondence. Brian has his son and daughter prepare the topics in a letter. Luckily, the children have visited their relatives a few times, so they have some cultural anchor points on which to latch, and some investment in what’s happening in that part of the world.

Then, for the language barrier, the children put down as many words as they know in either Swahili or Makonde, and then put their letter into good old Google Translate to get a rough draft of their missive. “Yes,” admits Brian, “their Tanzanian relatives say it’s pretty funny sounding, but we also send them the original in English, and between that and the Google Translated letter, they can piece together more than the gist of what the kids are asking.” And for the response, Brian has shown his in-laws how to do the same, sending both their original text and what Google has put into English for them.

The exchange doesn’t just stop there—grandma wants to see and speak with her grandchildren! Brian then has his kids read the Swahili or Makonde text, and the kids will take a video of themselves doing so for longer missives, or just record themselves on a WhatsApp voice message for briefer exchanges. “Yeah, I know it’s not the same as them actually speaking the language, but there’s still a lot we can teach them about how to pronounce the words [and] the cadence of the way the sentences flow, and those are still very teachable moments for a language learner.” And even if they’re reading a script in a language they don’t speak very well, this method seems much more personal than just letter-writing.

There’s a lot that teachers can adopt from Brian’s virtual exchange with his classroom. For example, even if students can’t speak the same language, is there value in having them try? Of course, with limited class time, and different educational goals for each virtual exchange, this may seem like wasted time. However, it may result in both a humbling experience and a fine gesture of cultural competency to have students attempt even something as simple as greeting their partners in a foreign language.

Moreover, the creative approach to use just sound recordings opens not only a new level of variety for students, but also a more familiar means of communication for folks in other countries. Outside of the United States, WhatsApp remains one of the most used applications for communication and may in some cases be easier to use with countries that struggle with connectivity issues or a lack of technology.

It’s amazing to see how something like a virtual exchange can be taken home and used to inform and provide a blueprint for how a family like Brian’s can stay connected across languages, oceans, and time zones!