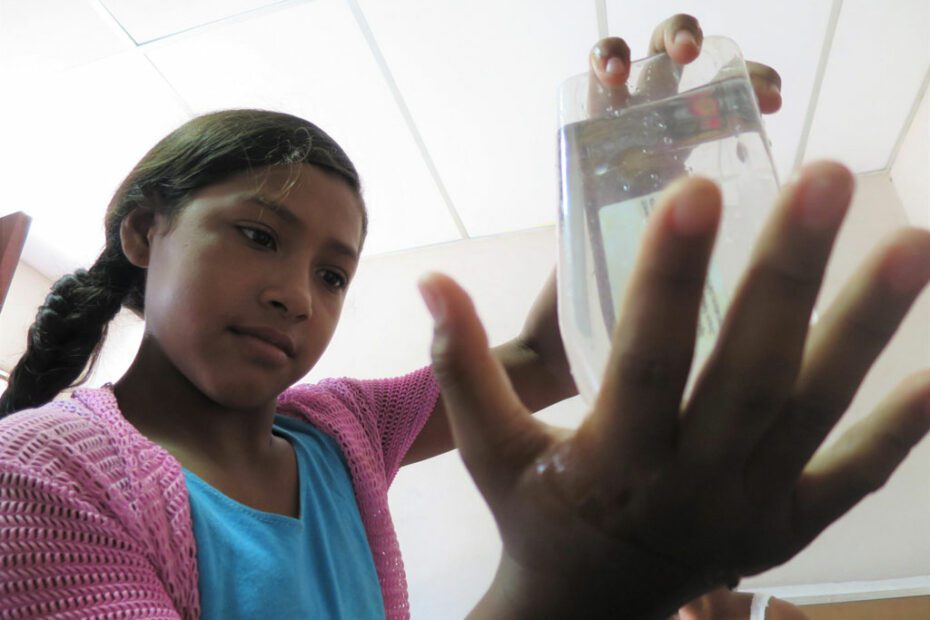 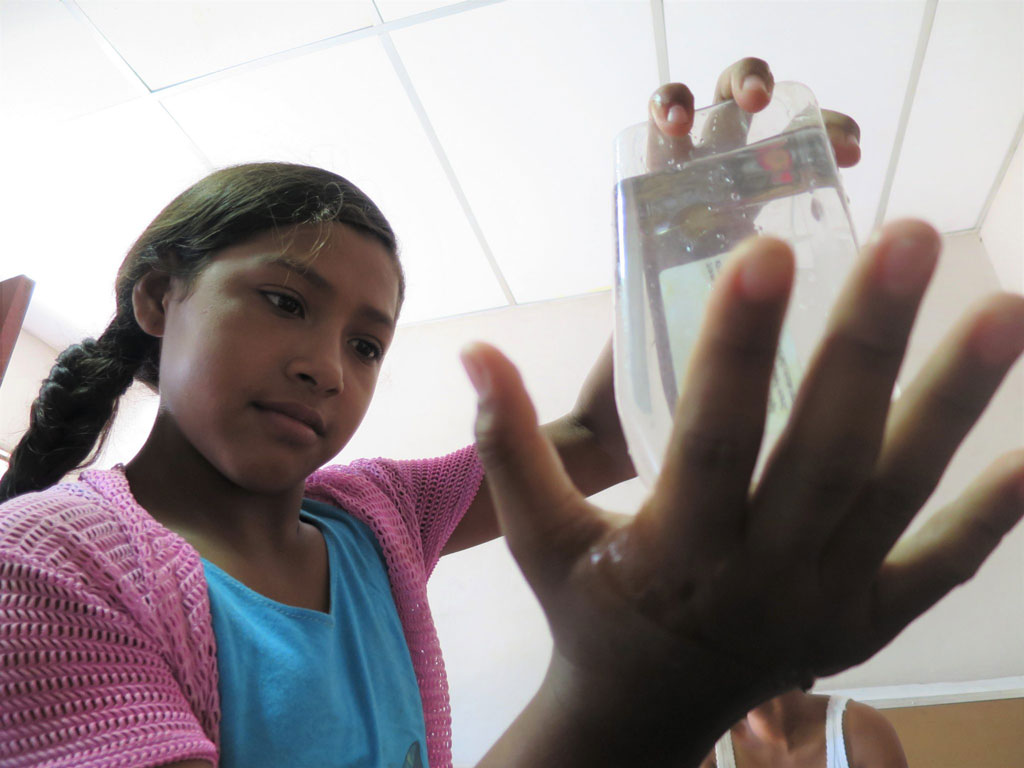 This student conducts an experiment in LUV’s Global Scientists course at NicaPhoto in Nicaragua, where Fernanda spent several months as a Moving Worlds Experteer. She is now helping to implement Level Up Village courses in schools across Latin America.

For five months earlier this year, I was an“Experteer” with Moving Worlds, volunteering my professional and personal skills, and traveling, too. I was lucky enough to do it with two different organizations: Level Up Village (LUV) and NicaPhoto, in Nagarote, Nicaragua.

My role was to help NicaPhoto promote its educational and personal development programs to families living in one of the poorest barrios of Nicaragua. I also assisted in teaching NicaPhoto’s global STEAM courses, offered through its partnership with Level Up Village on topics such as web design and programming. In these courses, students not only learned leading-edge STEAM skills, but also worked on projects and communicated with partner students in the United States.

NicaPhoto’s 21st Century global classroom is a standout in Nicaragua. The country is known as the poorest country in Central America and its education system has suffered the consequences. For many years, young people have shifted from classrooms to the labor market. Only 22% of the country’s young people complete sixth grade and only around 14% of the population enrolls in college. Rather than going to school, many young people help their families make ends meet and have limited career prospects, as a result.

Initiatives such as NicaPhoto are trying to change this reality. The non-profit organization assists disadvantaged children and their families through a variety of educational support and enrichment programs. Its programs are helping to improve educational outcomes. In 2014 and 2015, 100% of the students in its enrichment programs also finished the sixth grade in their local schools and eight students have received college scholarships.

In addition, more than 200 kids at NicaPhoto, ages 6-16, have participated in Level Up Village courses in the past few years. They have learned new STEAM skills together with partner students around the world, and in the process, they have developed 21st Century skills and become global citizens.

Perhaps one of the most exciting aspects of the students’ participation in Level Up Village courses is that many of them have also started having career aspirations, some even quite ambitious! After participating in several LUV courses, eight-year-old Milena declared, “When I grow up, I want to be a doctor, an engineer and an architect.”

My experience at NicaPhoto has led me to another terrific opportunity. Now I’m in Mexico working with Latin American schools that have just begun offering  Level Up Village programs.  These schools are located in Mexico, Colombia and Argentina. Because they all believe in global education and the importance of forming global citizens, they are eager to begin offering LUV courses.

I offer training and support to teachers and help them in the classroom as they facilitate their students’ interactions with their global partners. On my classroom visits, students have told me they enjoy making their student profile so they can share more about themselves and their interests with their global partner and that they’re looking forward to meeting their global friend. I have helped them record their first video messages to their partners and answer questions they may have as they begin to collaborate on projects. My goal is to help both students and teacher get the most out of the experience.

As a global educator, I’m excited about making new connections and extending the impact of LUV courses to even more students in different parts of the world.  It’s amazing when I have to chance to talk to a new teacher, a new group of kids. These encounters help reinforce the fact that we’re all on a journey and that innovative global education opportunities like these will help open doors for students, helping them develop important skills and prepare for a career in the 21st Century global economy.