Level Up Village Names Lynn Koresh Teacher of the Year 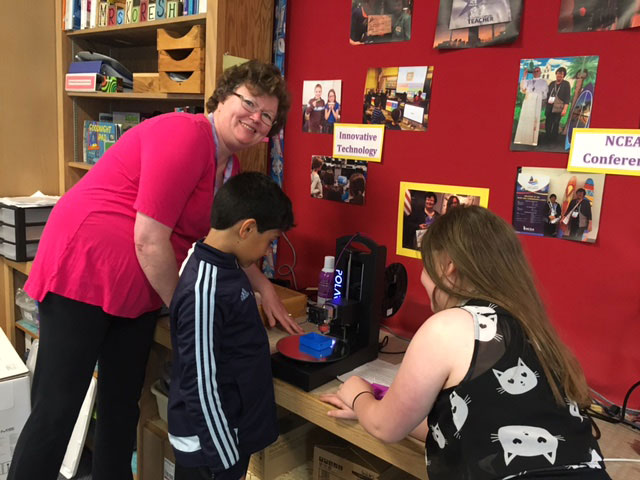 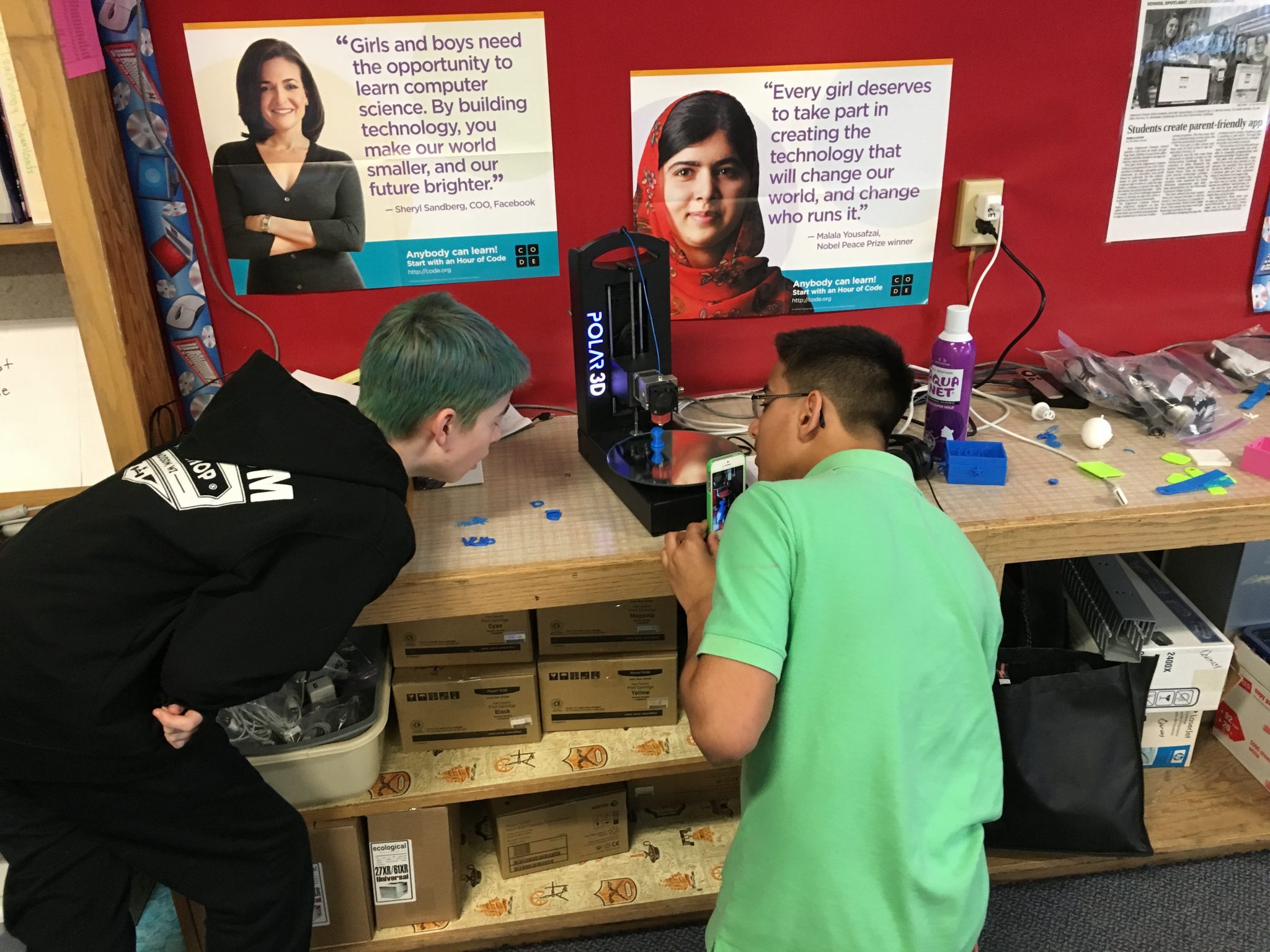 Students at Edgewood Campus School lean in for a closer look as the project they designed in Global Inventors materializes on the Polar 3D printer. ECS partnered with Level Up Village to get started with 3D printing and connect students to peers in the developing world for one-on-one STEAM collaboration.

We’re delighted to announce that Lynn Koresh, technology teacher and coordinator at Edgewood Campus School in Madison, Wisconsin, is our very first Level Up Village Teacher of the Year! We’re recognizing Lynn for the terrific work she has done with her students in her LUV after-school courses including Global Inventors and Global Video Game Designers.

Focused on solving real-world problems and making global connections through its use of technology, Edgewood Campus School partnered with Level Up Village starting in the fall of 2015.

“I was trying to find a way to bring 3D printing to my school. When I learned about LUV’s Global Inventors Class, I knew it perfectly matched the mission of Edgewood Campus School,” said Koresh. “I was also delighted that LUV would provide both training and a 3D printer so I could begin to teach our students about this innovative new technology.”

Led by Lynn Koresh, students at ECS are learning 21st Century skills such as 3D printing and game design in their Level Up Village courses. This school year, they collaborated with partners in Pakistan and Nicaragua.

Global Inventors, offered to ECS students in grades 3-5 and 6-8, taught them to utilize computer aided design (CAD) to 3D print a variety of projects, including solar light sources – in collaboration with partners at iEARN Pakistan and NicaPhoto in Nicaragua.

“LUV classes helped my students to get a glimpse of life in developing countries. They found that their partners were not as they are often depicted in pictures posted by charities, but instead were kids who have similar interests to their own,” said Koresh. “It was shocking for my students to realize that electricity is not reliable all over the world, and that many of their partners did not know when their power would go out and how long they would be without it.”

As the students proceeded through the stages of the engineering design cycle together with their global partners, there were many memorable moments.

“The look of pride and satisfaction of the face of the kids when getting their solar kits assembled and working and fit into the box they designed was a pretty big highlight,” said Koresh. “I also particularly enjoyed the live Skype session we had with our partners in Nicaragua.”

“3D printing is awesome because you can make so many things using TinkerCad and then customize it to the way you want it,” said 5th grader, Henry M. “I also learned about the culture in Nicaragua and the nice places to visit.” 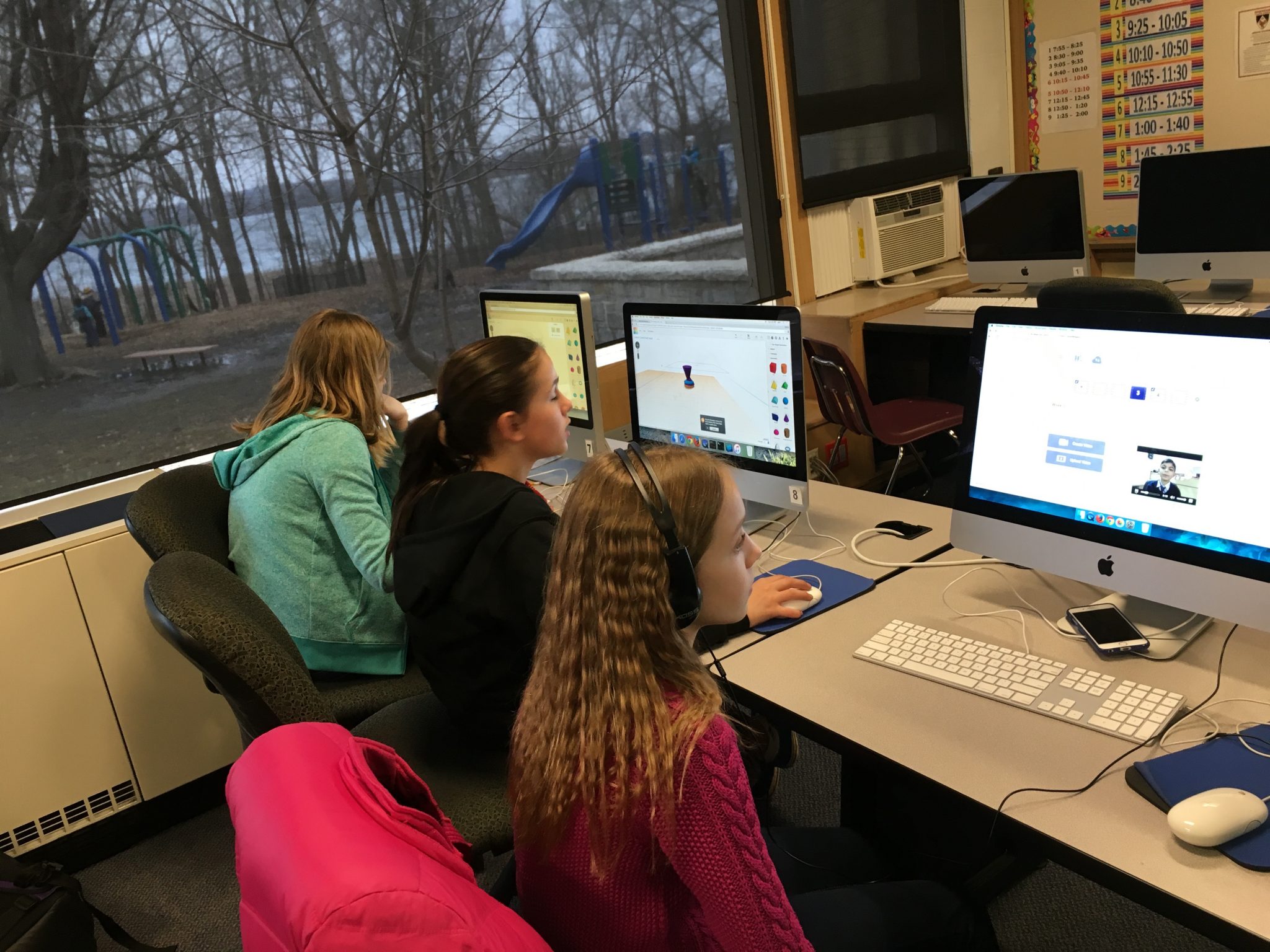 The students’ enthusiasm for the course even inspired parents to get involved.

“Parent absolutely loved this program.  A couple of them would come early to pick up their kids so they could learn along with the kids,” said Koresh. “One parent, who uses a 3D printer with his students, stayed and helped the kids (and me) with TinkerCad  when the kids had more questions than I could answer in our short time together.”

In Global Video Game Designers, Koresh’s students co-designed video games in collaboration with students from Exponential Education in Ghana. Some students continued to code games even after the course ended.

“A group of fourth grade students went on to explore more functions of Scratch on their own time in order to design even more complex games,” said Koresh.

In March, Edgewood Campus School won the Innovations in Catholic Education (ICE) Award in the category of “an innovative project facilitated by technology,” due to the global collaboration taking place in their Level Up Village courses, as well as the school’s other global education initiatives including partnerships with Flat Connections, Project CS Girls and Technovation.

Next school year, Koresh will continue to run LUV courses as part of the after-school enrichment program, but will also integrate LUV’s Global Web Designers into the school day in keeping with the school’s mission to foster global citizenship as part of the curriculum. We look forward to working with Lynn and her students as they embark on another year of STEAM learning in a global context! 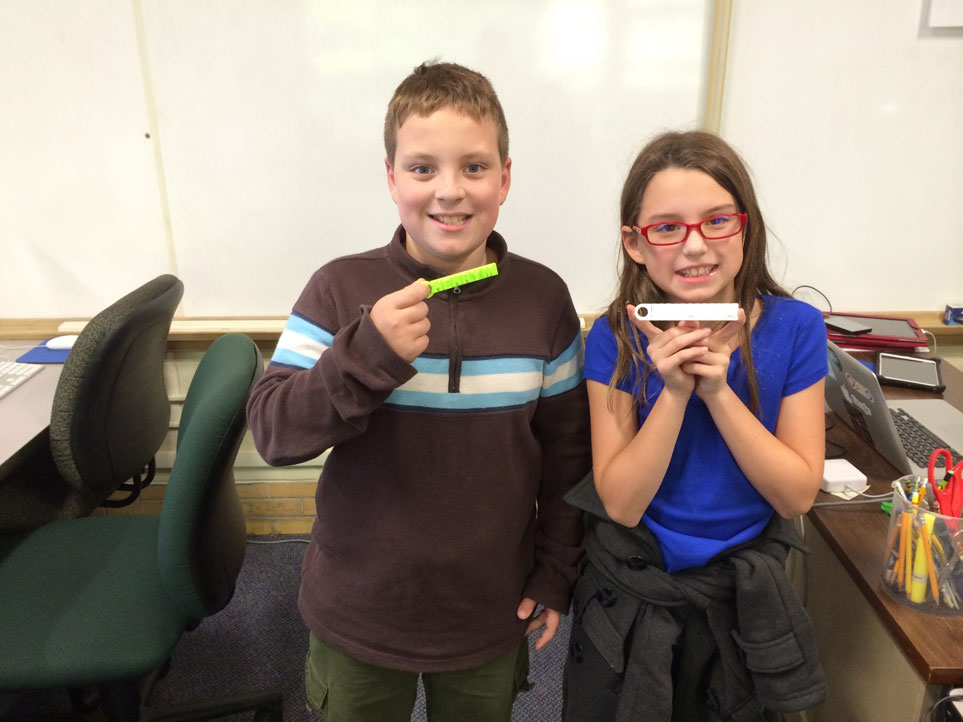 One of the first projects in Global Inventors is to design and 3D print personalized name tags. This experience introduces students to the basics of CAD and prepares them for more complex tasks.