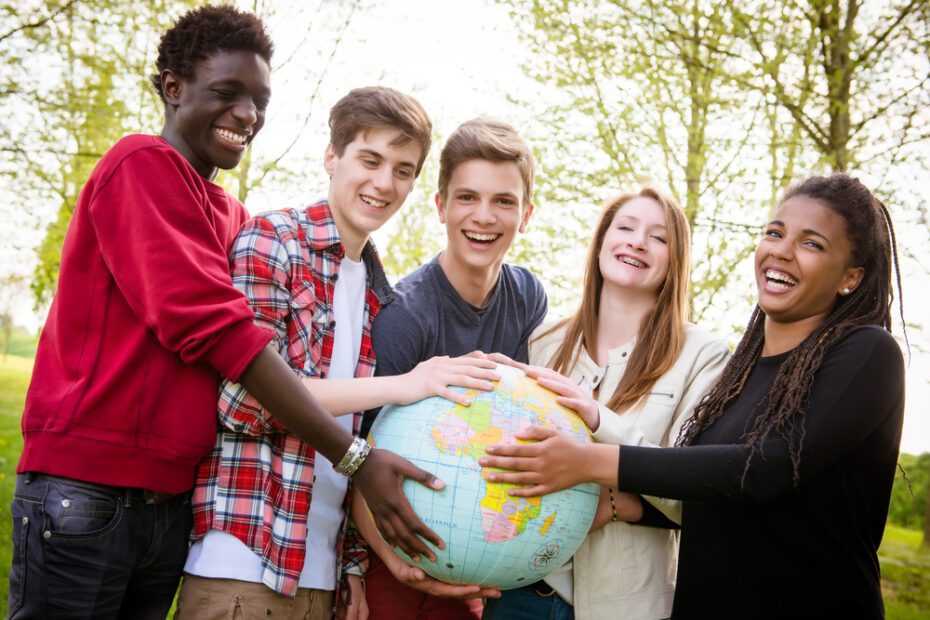 Our school prides itself on unity and fraternity. One of the ways in which we practice this comes in the form of an annual book we read together as a school community over the summer. Then, when we return to school, teachers discuss the book in their classrooms with students, and we often have a speaker related to the topic of the book. Sometimes we even get the author to come and talk to us, answer questions, and the like. A committee often selects the book for the year, giving consideration to diversity and inclusion, global perspectives, and other such timely topics.

One book that our students enjoyed a few years ago, The Heart and the Fist by Eric Greitens, spoke of an American Navy Seal’s experience in the greater world. Despite some of the controversy that has since followed Greitens’s political career, the book tells a compelling story and gave our community a lot of food for intellectual thought and great discussion material. In the early part of the book, Greitens wrestles with an interesting balance between soldiering in countries where Americans fight and occupy, but still living out his decision to practice kindness and philanthropy wherever he goes—hence, balancing between the titular extremes of fist and heart.

The book has left a lasting impression on me regarding cultural competency. It can be summed up in one of the author’s realizations: in his interactions with the people of Iraq, Afghanistan, and countless other countries he visits that for some, he may be the only American they will ever have met in their lives. While this puts a tremendous amount of pressure on him initially, I interpret this reflection to carry both responsibility and opportunity.

Imagine how your students might view a virtual exchange differently when you share with them this thought: you may be the first person from your country that your partner has ever met.

No pressure or anything, kids!

However, this circumstance makes each one of the participants a de facto ambassador of their community, their region, and their nation. How does this understanding of representation change or inform their behavior? In truth, this assignment takes on a new level of gravitas, but in addition opens several new possibilities for the interaction.

One interesting way to affront this for your students is to face the situation head-on. It’s all right for them to ask their partner, “What do you think of my country from what you may have learned in school or seen in movies and media?” Inquiries such as these can cut through a lot of conversational chaff and, in an amicable way, help highlight cultural identity from the backdrop of stereotypes and perceived trends.

For example, students might find themselves discussing how a national identity is projected on the international stage. Maybe a student from Europe comments to an American that the United States has very “interesting” politics. Or that they might know a lot about America through the many movies and shows that come to them from the innumerable studios and providers. Many of our international partners ask my students about what the American college experience is really like, because of movies. And this, of course, strikes a chord with our pupils, who have a vested interest in the process and can speak informedly about the topic.

On the other side of the coin, once every so often a trend-busting foreign film takes the nation’s viewership by storm and people suddenly take an interest in a certain part of the world. The Netflix show “Squid Games,” or the blockbuster Slumdog Millionaire suddenly awakened an impromptu interest in parts of the world that American students may not have thought about on the regular, and probably sparked a healthy degree of curiosity towards cultures unlike their own. These universally known successes can serve as a fantastic foundation for conversation. How the medium responsibly, or lazily, categorizes a region of the world and its people, can prove an incredibly useful tool in allowing students to converse about national identity.

The other important aspect to ambassadorship that captures the heart of cultural competency, I tell my students, comes in the form of reciprocity of interest and curiosity. Some students don’t need reminders, but nothing demonstrates cultural competency more than interest, listening, and attentiveness.

Curiosity lies at the heart of a good exchange. Students have questions—that’s arguably what makes them students. However, they often shy from asking, as if the stigma of potentially offending someone overshadows the good that comes from actually becoming informed. Remind students that, if asked with kindness, genuineness, and good intentions, no question can insult. Pose questions back to them to prove this point: if an American student was asked by a genuinely curious student from South America whether all Americans eat McDonalds regularly, there’s very little chance this would insult the recipient. More likely, this will lead to a much richer conversation on fast food, chains, and the new foodie trends of the United States than the question being perceived as some kind of slight.

Showing signs of attention in a conversation also help. Remind your students that listening, showing signs of understanding and interest, and giving nonverbal cues of engagement not only show respect, but they display culture. The Indian head shake, found in Southeast Asian cultures, may differ from Western nodding or the gesticulation of Italians, but it’s exactly how we want our students to experience culture as fully as we can—even through these minute details.

Finally, presence and mindfulness go a long way, too, in this regard. Students often struggle with authenticity in exchanges, but you can ease this difficulty by reminding them of how good it feels to have someone’s attention. Much of social media, though designed to bring people together, actually isolates young people, and anonymizes them in a sea of posts, videos, and likes. However, remind them of communicative tips like using their partner’s name often, making references directly to shared details, and responding to questions directly. If you have the opportunity to see the exchange videos, applaud good uses of these communication tools, or use Socratic methods to elicit from your students what effective communication they see in the videos before they respond in kind.

Giving your students the role of ambassador can empower them and make them think critically about their place in the world. Ambassadors own their culture and monitor their disposition. Ambassadorship underscores the importance of the exchange, and jumpstarts cultural competency. Make them ambassadors!